What are the alternatives to going to court?

What are the alternatives to going to court? 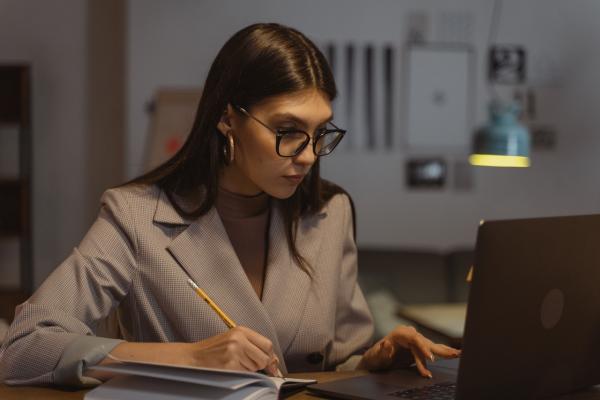 This is the third of a multi-part series with Ottawa criminal lawyer Céline Dostaler that examines the basic principles of Canadian criminal law.

Going to court is one way to settle a dispute but it is certainly not the only avenue. During the past few decades, Crown attorneys and the Ministry of Justice have been pushing alternative approaches to justice across Canada.

In most jurisdictions, including Ottawa, Indigenous court services are provided by Indigenous service delivery agencies under contract to the provincial or territorial government. These programs currently operate in every province and territory with the exception of P.E.I., Newfoundland and Labrador and New Brunswick, according to government information, serving approximately 60,000 Indigenous clients in more than 450 communities each year.

All Indigenous people in conflict with the law in Canada are eligible to receive these services regardless of their status, age or residency. The goal is to help them obtain fair and culturally relevant treatment.

I have taken part in proceedings in the Indigenous Peoples Court in Ottawa, where justice is delivered in a much different way than traditional courts. For example, the day in Indigenous Peoples Court starts with smudging, which involves prayer and the burning of sacred medicines such as sweetgrass, cedar, sage and tobacco. The judicial procedures are also different, as a sentencing circle is sometimes used. It and other approaches are aimed at not only repairing the offender but also the community, in a way that reflects Indigenous culture.

By making the delivery of justice relevant to the community, Indigenous courts allow offenders to feel they are not submitting to a system of justice based in European culture. Since they appreciate the court’s relevance, they are more likely to abide by its rulings.

Another way these courts help offenders is by dealing with addiction issues. In the regular court system, part of an offender’s sentence might be to enroll in a rehabilitation program offered by Alcoholics Anonymous (AA) or Narcotics Anonymous. Those programs may not be suitable for Indigenous offenders. For example, the recovery program in AA involves the “Twelve Steps,” which stress belief in God or a higher power. That conflicts with the earth-centered Indigenous spirituality. By going through the Indigenous court, offenders can be given referrals to addiction programs that align with their own spiritual views, increasing the likelihood they can overcome their issue.

The Canadian criminal justice system in recent years has seen a steady growth in the number of accused with mental illnesses. Mental health courts are for those with mental health and related issues facing criminal charges.

For minor offences, diversion agreements handed out by these courts provide voluntary alternatives to the regular justice system. Studies show these agreements decrease recidivism while improving access to services and enhancing community safety. Diversion plans can include a variety of conditions such as consulting with a medical practitioner, complying with medication requirements, refraining from alcohol or any illicit drugs and attending information or training sessions.

In his remarks at the opening of the Mental Health Court in Ottawa, Ontario Court Chief Justice Brian Lennox described mental health courts as examples of “problem-solving courts.”

“These courts, with collaborative interdisciplinary teams of professionals and community agencies, attempt to identify and to deal with some of the underlying factors contributing to criminal activity, which have often not been very well-addressed by the conventional criminal justice process” he said. “The goal is to satisfy the traditional criminal law function of protection of the public by addressing in individual cases the real rather than the apparent causes that lead to conflict with the law."

Drug treatment courts were created in response to rising rates of drug-related offences in the 1980s. Their purpose is to divert non-violent offenders from institutions to supervised treatment in the community to help them deal with their substance abuse issues.

Offenders participate in a structured outpatient program and must submit to random urine screens and frequent court appearances. Upon successful completion of the program, they receive a non-custodial sentence, rather than incarceration.

Information from the Ottawa Drug Treatment Court Program outlines the criteria for participants. This special court is for those:

Participation in the Ottawa program must be approved by the Crown attorney, the Rideauwood Addiction and Family Services and the drug court judge. Offenders must commit to a minimum of nine months in a rehabilitation program and prepare a reintegration plan prior to graduation.

According to government information, more than 1,000 people have participated in federally funded drug treatment courts since 2007. Of those, 35 per cent have either graduated or are still in the program. Though the rest were returned to the regular court system, the report notes, “the majority of them had achieved some quality of life improvements (e.g., no longer homeless, received several months of addiction treatment and were connected to social supports within the community).”

The alternative measures program was introduced in 1996 to enable adults and organizations to take responsibility for offences in certain circumstances without going through judicial proceedings. The fundamental principle behind them is that criminal proceedings should only be used when less-intrusive measures have failed or would be inappropriate.

To be eligible for alternative measures, participants must not have a criminal record and be willing to accept responsibility for the criminal charge. They have to abide by certain terms and conditions to complete the program. This may include writing a letter of apology to the victim(s), paying restitution and keeping the peace and being of good behaviour. They must be recommended for the program by police or the Crown.

Section 717 of the Code recognizes that Crown counsel can exercise discretion to deal with people charged with a crime through alternatives outside regular judicial proceedings. This is commonly known as “diversion.”

The Crown has to consider the following factors before granting a diversion:

Even though there is an acknowledgment of responsibility by the accused on entering into the alternative measures agreement, this acknowledgment cannot be used against them as evidence if they later end up in court to stand trial for the offence.

The alternatives to the regular court system enhance the delivery of justice in our country. Contact me for more information if you have been charged with a crime and we can discuss what is your best way to proceed.