What is the Criminal Code?

What is the Criminal Code? 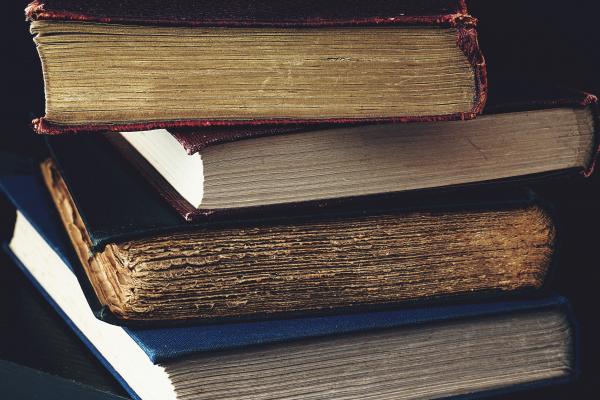 This is the second of a multi-part series examining basic principles in Canadian criminal law.

The Criminal Code is a book that is constantly updated but that has not been completely revamped for many years. It gets its name because it codifies most of the criminal law in Canada in one place. In legal terms, codification is the process of collecting and restating the law in certain areas, usually by subject, forming a legal code such as a book. It is also known by its official, longer title, An Act Respecting the Criminal Law.

Criminal law helps maintain public safety, security and order. The responsibility for criminal justice is shared between the federal government and our provinces and territories. The Constitution gives  federal Parliament the power to make criminal laws and as a result, legislation in the Code applies across the country.

How often is the Code updated?

The laws on abortion were declared unconstitutional in 1988. But 30 years later, they could still be found in the Code though they were not enforced. In 2019, s. 287 was finally removed.

When I started my practice, legislation concerning drinking and driving was in a different section of the Code. The wording in our current laws has also changed, as s. 320 of the Code no longer refers to motor vehicles but to conveyances, and it now states that impairment can be caused by “any degree by alcohol or a drug or by a combination of alcohol and a drug."

Some parts of the Code may seem unnecessary and outdated to some Canadians, but they could still be relevant to others. For example, s. 338 (1) made it illegal to rustle cattle, an indictable offence that carried a maximum 10-year sentence. The section of the Code was repealed in 2019, though as a 2021 report about the theft of $100,000 worth of cattle shows, this crime goes on, Now, however, it would be prosecuted under general theft provisions. After all, if you steal someone’s cattle you are detrimentally affecting their livelihood.

How are laws created?

Laws are updated to reflect societal values. That is shown in the 2018 legalization of marijuana, with all relevant legislation found in the Cannabis Act.

Any law starts as a proposed policy. It is developed by the government of the day and presented to Cabinet for approval to draft a new bill. After approval, the Department of Justice drafts a bill, with the help of policy and legal advisors. The bill is introduced to the House of Commons in what is called the First Reading. On the Second Reading, parliamentarians debate the principle of the bill and vote to decide whether it should be studied further.

If the bill passes Second Reading, it is sent to a parliamentary committee for in-depth study and public hearings. A report on that study is given and changes can be made before the Third Reading, which is followed by the final debate and vote.

Once passed by Parliament the bill is sent to the Senate where it goes through the same process. Once the bill has been passed in the same form by both chambers of government, it moves to the Governor-General for Royal Assent and becomes law.

Can I track changes to the Code?

New criminal law bills are constantly being considered by Parliament. For example, the government is now looking at amending the Code to provide better protection for health-care workers during the pandemic. Another proposed amendment is to ban conversion therapy, or the practice of attempting to change an individual's sexual orientation. The progress of those amendments, or any others the government is working on, can be tracked here.

What is the history of the Code?

The Criminal Code was made law in 1892 by the Parliament of Canada in accordance with section 91(27) of the Constitution Act, 1867, which gives the federal government the power to make criminal laws in Canada. According to the information from the Osgoode Society for Canadian Legal History, it was drafted in a little more than a year by a justice department consisting of 14 men.

“It was the first such code to be enforced in a self-governing jurisdiction in the British empire. As such, the code was a revolutionary development in the common-law world, for both the existing statute and common law were integrated in a rational and systematic format,” the article notes.

The Code also “changed the focus of the development of the criminal law from the judiciary to Parliament,” the article notes, adding, “it worked so well that not only did it serve as a model for legislators in other British jurisdictions but its form remains fundamentally unaltered despite changes in both law and the society it governed over the ensuing one hundred years.”

It is divided into multiple parts and defines conduct that constitutes criminal offences and the penalties to be imposed upon conviction. What some people might not know is that the Code sets out some defences that a person can raise if they are charged with a crime.

For example, in s. 320.14 that deals with impaired driving, subsection 5 lists three examples of when that charge will not be successful. They are: if someone consumed alcohol after ceasing to operate the conveyance; if after ceasing to operate a conveyance they had “no reasonable expectation that they would be required to provide a sample of breath or blood” to an officer; or if their blood alcohol concentration was less than 80 mg of alcohol in 100 mL of blood.

Yes. While the Criminal Code covers most of the criminal law in Canada, it doesn’t contain all of it. For example, other federal criminal laws can be found in the Firearms Act, the Controlled Drugs and Substances Act, and the Youth Criminal Justice Act.

My knowledge of the Code can help you

Every criminal case I deal with involves the Criminal Code. If you are charged with a criminal offence, put my knowledge of the Code to work for you, especially if you are facing charges such as assault, impaired driving, drug charges, sex offences and fraud. I offer free 30-minute consultations at your convenience. Contact me for more information.