Where am I allowed to protest?

Where am I allowed to protest? 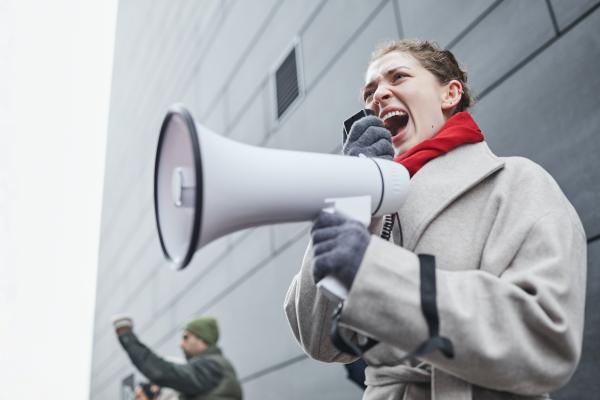 A democratic nation should not fear protests from citizens. In early 2022, the nation’s capital was the site of one of the longest, and loudest, protests in Canada. Ottawa criminal lawyer Céline Dostaler witnessed the truckers’ protest firsthand. This is the third instalment of a multi-part series where she explores the laws dealing with protesting in Canada.

Does the Charter give me the right to protest anywhere?

The right to protest is one of the four fundamental freedoms included in Section 2 of the Charter of Rights and Freedoms. Canadians value the right to express opinions by holding signs or vocally joining with others in an attempt to convince the government to take a certain action.

However, all rights in Canada have limits, as dictated by the Charter's first Section and its “reasonable limits” clause. In an attempt to strike the proper balance, police generally allow protesters to march down streets or take over small sections of the city for short periods of time. But in Ottawa and at various border crossings across the country, protests snarled traffic and caused great inconvenience for days and weeks at a time. The rights under the Charter do not include such activity. The right to protest ends when the actions of participants become a threat to law and order.

Can I protest on public property?

Protests are allowed on both public and private property as long as they are peaceful. Public property is any space owned by the government, such as parks, town squares and government buildings. There is an exception for transportation routes (see below).

In Ottawa, if the protesters had peacefully blocked Wellington Street for a day then went home, there would have been no need for police intervention. But since store owners and some citizens felt they were being intimidated by the protests, it was no longer considered to be a peaceful demonstration.

The protesters in Ottawa and at various border crossings were asking for the end of COVID-19 mandates. Many also claimed they were fighting for freedom. But others who wanted the freedom to wear a mask during a pandemic were harassed by some protestors. The fear of being confronted, and potentially hurt, by somebody for wearing a mask is not an indication of a peaceful assembly

Do I need a permit to protest?

In many cities and towns across Canada you must obtain a permit for a protest. That is to ensure that if a large group of people are going to be gathering in a public square or another area of the city, police and other authorities are able to divert traffic to lessen the inconvenience to other residents. Advance notice also allows municipalities to make emergency responders aware of impediments to traffic flow, which can be critical in some situations.

How do I plan a protest?

There is no cost for protest permits in Ottawa.

The Ottawa Police Service says it will work with organizers "to ensure a safe environment for any demonstration. We recognize the importance of freedoms and of all other protections in the Charter. The police remain committed to ensuring that Charter guaranteed rights and freedoms are upheld, while ensuring that police officers carry out their sworn duties."

According to police, their objectives in any demonstration are to:

Am I allowed to block a transportation route?

One part of that section specifically makes it a crime when someone “blocks or obstructs a highway.”
So what distinguishes a highway from any other roadway? According to information from the federal government, the National Highway System is a federal designation for a strategic transport network of highways and freeways (roadways that have on and off-ramps). The system includes the Trans-Canada Highway and currently consists of 38,021 kilometres of roadway designated under one of three classes: core routes, feeder routes, and northern and remote routes.

The laws dealing with where you can legally protest can be confusing, and you could end up under arrest if you violate them. If you are facing charges related to your role in a protest in the Ottawa area, call me for a free consultation and we can discuss your case and your best options, in French or English.