What powers do police have at protests?

What powers do police have at protests? 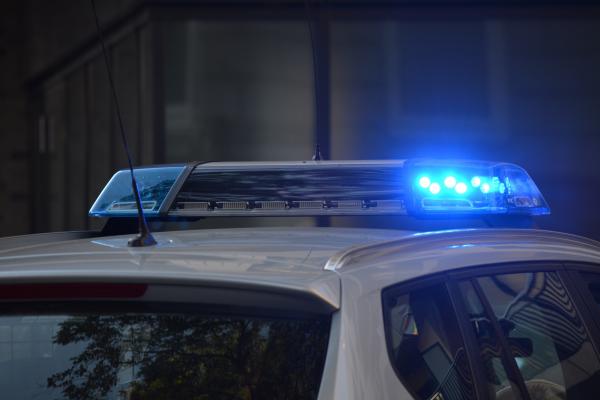 A democratic nation should not fear protests from citizens. In early 2022, Canada’s capital was the site of one of the longest, and loudest, protests in Canada. Ottawa criminal lawyer Céline Dostaler witnessed the truckers’ protest firsthand. This is the fourth installment in a multi-part series where she explores the laws dealing with protesting in Canada.

After allowing the truckers' protest to block traffic in downtown Ottawa for three weeks, police moved in, arresting more than 100 people and towing dozens of vehicles. Many people were surprised that it didn’t happen sooner as there were reports of illegal activity throughout the demonstration.

Videos circulated at that time showed people drinking alcohol in the open then going back to their vehicles. They could have been arrested for having open alcohol in a vehicle, as it does not matter if the truck is parked at the time. Police can act wherever they are alerted to illegal activity.

What are the laws about taking photos at protests?

Protesters can take photos or shoot videos of police while officers can do the same. Almost everyone carries a phone with a built-in camera and security cameras are everywhere in urban centres. If you are participating in a protest, it is safe to assume your actions are being recorded. Officers do not have the right to take cameras away or to demand that certain images be deleted.

Can police ask me for identification?

The only time officers have the right to ask for identification is if they have a reasonable suspicion that you have broken a law. There must be justification to make that request. If someone is driving a vehicle, officers can ask to see the person’s driver’s licence to ensure it is up to date.

If an officer asks you for ID and you are not driving and not engaging in criminal activity, you can politely refuse that request. Just say no and ask the officer why they are asking. If they do not have a good reason, you do not have to show your identification. But it is important to be polite, as a belligerent response will just invite more trouble.

Can I wear a mask at a protest?

Generally speaking, you are allowed to wear a mask at a peaceful protest when no one is breaking any law. However, if the protest turns into a riot or some other form of illegal action, it is then illegal to cover your face.

The COVID-19 pandemic presents new challenges when it comes to covering your face at a protest. Since many people wear a face mask to protect themselves from airborne particles, they may have the right to wear a mask in any circumstance. We will have to see how the legal culture shifts after the pandemic is over. But at this point in time, it would be difficult for the courts to convict someone for wearing a mask during a protest.

Can police search me at a protest?

Police can search you if there is reason to do that, such as if they believe you have committed an offence. Random searches are presumptively unconstitutional. If they have a reason to search you, police can only do a pat down. Strip searches are also presumptively unconstitutional, unless police have a specific reason. Searches are generally not done at protests unless police believe someone is carrying a weapon or is in possession of narcotics.

At the trucker’s protest at the border crossing in Coutts, Alta., police did charge four men with conspiracy to commit murder after an array of weapons was discovered.

Will police respect my right to protest?

If a protest remains peaceful and does not impede the lawful activities of others for an extended period, police will allow demonstrators to exercise their right to protest. That right is guaranteed in s. 2 of the Canadian Charter of Rights and Freedoms, which states, "Everyone has the following fundamental freedoms:

But that right is not without limits. Information from the Ottawa Police Service notes that the Supreme Court has recognized that "freedom of expression does not extend to protect threats of violence or acts of violence. It would not protect the destruction of property, assaults, or other clearly unlawful conduct."

The Ottawa police also point out that s. 1 of the Charter states that the four rights in s. 2 are  subject to reasonable limits that can be "demonstrably justified in a free and democratic society."

What duties do police have during demonstrations?

According to the Ottawa Police Service, officers have a “sworn duty to preserve the peace, prevent offences, enforce the law, protect property, preserve life and protect against serious injury, among other duties.” The force adds that these duties have their basis in common law and statutes, including the Ontario Police Services Act and the Criminal Code.

With any protest, Ottawa police say its aim is to:

Call me for legal assistance

If you are facing criminal charges after a protest or in any other situation, contact me for more information and a free consultation. I will listen to your account and advise you on whether I feel the police violated your rights.