What charges can I face for being in a protest?

What charges can I face for being in a protest? 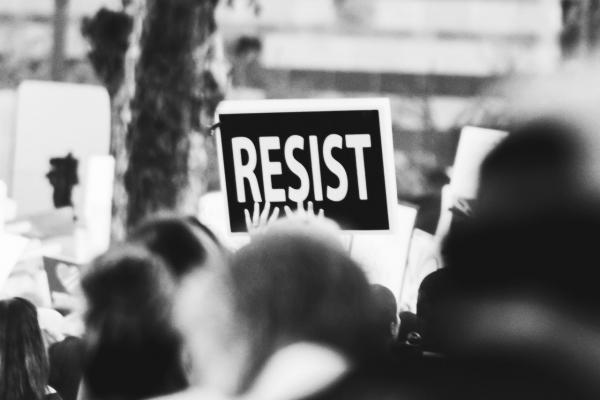 A democratic nation should not fear protests from citizens. In early 2022, Canada’s capital was the site of one of the longest, and loudest, protests in Canada. Ottawa criminal lawyer Céline Dostaler witnessed the truckers’ protest firsthand. In a multi-part series, she explores the laws dealing with protesting in Canada.

By the time police cleared the truckers’ protest in downtown Ottawa in February, more than 100 people were facing charges. Most were released on bail, except for key organizers who faced charges such as counselling to commit mischief and counselling to commit the offence of obstructing police.

Most protests last for a day, during which time the public is inconvenienced. In the Ottawa protest, the incessant honking of horns lasted for days and the downtown core was blocked off for weeks. Some Ottawa residents were afraid to go outside, and shop owners said they were intimidated by protesters who refused to cover their faces before entering their stores.

Because the truckers protest in Ottawa lasted three weeks, the amount of inconvenience and damage it cost to city residents was much higher. For that reason, protest organizers may now be looking at the possibility of incarceration. Other protestors who were arrested may also be looking at more severe penalties than are usually given at one-day demonstrations.

Typically, most of the charges stemming from a protest are minor, such as mischief, causing a disturbance and obstructing police. Let’s look at each one separately

Mischief, or destroying a property, is one of the less severe types of charges that we have in the Criminal Code with the least serious consequences. This charge can be laid if you destroy or damage property, render property inoperative or ineffective or interfere with someone else’s lawful use and enjoyment of property.

When I represent someone facing this charge I can usually convince the court for a discharge or have it withdrawn in exchange for the offender agreeing to take part in some rehabilitative program. Due to the length of the Ottawa protests and the damage it caused, that might not be so feasible in that situation.

According to the Code, anyone who commits mischief that causes actual danger to life is guilty of an indictable offence and liable to imprisonment for life. If the mischief causes damage in excess of $5,000, the charge could be prosecuted as an indictable offence with the maximum sentence not exceeding 10 years in prison, with lesser punishments given if the charge is treated as a summary conviction.

If the value of the damage is less than $5,000, the maximum penalty for mischief is not to exceed two years with indictable offences and less severe consequences for summary convictions.

What is mischief relating to war memorials?

At the start of the truckers protest in Ottawa, a video was released of some protesters drinking, shouting, dancing and urinating on the National War Memorial. The site contains the Tomb of the Unknown Soldier and pays tribute to all Canadians who died serving the country’s military.

Those individuals could be charged under s. (4.11) of the Criminal Code. It is an offence to commit mischief at any “monument to honour persons who were killed or died as a consequence of a war, including a war memorial or cenotaph, or an object associated with honouring or remembering those persons that is located in or on the grounds of such a building or structure, or a cemetery.”

Conspiracy charges are laid when people entice others to join them in unlawful acts. In the Ottawa protest, organizers would not have been charged if they had urged people to join them in a peaceful march on Parliament, then to go home. But because it appears the intention was to cause a great amount of disturbance and inconvenience to others over a period of three weeks, conspiracy charges were laid.

Section 465 of the Code makes it an offence to conspire with others and encourage someone to commit an indictable offence. If a person counsels an offence, they become a party even if they do not physically take part in that action.

What is causing a disturbance?

If police believe the underlying crime is not serious enough to be considered mischief, they can use s. 175 of the Code to charge a person with causing a disturbance. Examples given of when this charge can be laid include if someone is “fighting, screaming, shouting, swearing, singing or using insulting or obscene language” or if they “in any way obstruct persons who are in that place.”

A 1992 Supreme Court of Canada decision found for this charge to be successful, the Crown attorney must prove the accused’s “overtly manifested disturbance” caused more than a mere annoyance but actually interfered with the ordinary and customary use of the place where the act occurred.

This charge is always treated as a summary conviction.

What is the charge of obstructing police?

Section 129 of the Code makes it an offence to resist or wilfully obstruct a public officer or peace officer in the execution of their duties. If this charge is treated as an indictable offence the maximum penalty cannot exceed two years in jail, with less severe penalties given if the charge is prosecuted as a summary conviction.

If you are facing serious charges related to your role in a protest you could face incarceration if convicted. If you are in the Ottawa area, call me for a free consultation and we can discuss your case and your best options, in French or English.