What is Canada’s Emergencies Act?

What is Canada’s Emergencies Act? 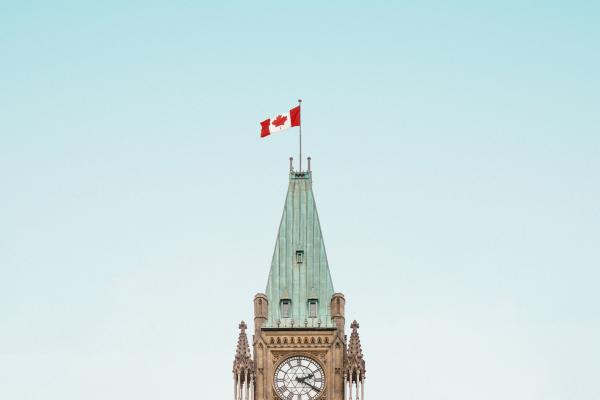 A democratic nation should not fear protests from citizens. In early 2022, Canada’s capital was the site of one of the longest, and loudest, protests in Canada. Ottawa criminal lawyer Céline Dostaler witnessed the truckers’ protest firsthand. This is the fifth instalment in a multi-part series where she explores the laws dealing with protesting in Canada.

On Feb. 14, 2022, the federal government invoked the Emergencies Act for the first time since its passing in 1988. That move was immediately denounced by many people, including some provincial premiers who felt it was not necessary. The government said the truckers’ blockade in Ottawa and at border crossings had turned into a national emergency. Section 3 of the Act defines a national emergency as an “urgent and critical situation of a temporary nature” that:

Soon after the passage of the Act, police moved in and started to make arrests at the protest in Ottawa, with more than 100 people charged. Ten days later, with the protestors gone from the nation’s capital and border crossings, the Act was lifted.

What kind of emergencies does the Act cover?

The Act provides for four different kinds of emergencies. The first is a “public welfare” emergency to deal with natural disasters such as fire, floods, droughts or earthquakes “or other natural phenomenon.” This section also includes diseases in human beings, animals or plants that pose a national risk, as well as accidents or pollution levels on that scale.

The final emergency is a “war emergency.” It is defined as "war or other armed conflict, real or imminent, involving Canada or any of its allies that is so serious as to be a national emergency."

What powers does the Emergencies Act grant?

Under s. 19 of the Emergencies Act, during a public order emergency, the government can:

One of the most controversial aspects of the invocation of the Act in 2022 was the freezing of bank accounts of some people involved in the protest. A parliamentary committee was told that up to 210 bank accounts linked to the protestors – worth approximately $7.8 million – had been frozen.

According to news reports, banks and other financial institutions were ordered to stop doing business with people who are "directly or indirectly" associated with the anti-vaccine mandate protests. They were told they can't provide "any financial or related services" to people associated with the protests, a move resulting in frozen accounts and cancelled credit cards.

Was the invocation of the Act legal, or warranted?

It depends on who you ask. Section 62 of the Emergency Act states that “any declaration of emergency shall be reviewed by a committee of both Houses of Parliament.” The composition of that committee and its timelines to report are sent out in that section. The report generated by the committee on the validity of imposing the Act is due within 365 days “after the expiration or revocation of the declaration of emergency.”

Some groups, such as the Canadian Civil Liberties Association, are adamant the imposition of the Act to deal with the trucker’s protest was not warranted. As one of their executive members has stated, "the legal threshold to use these extraordinary powers is intentionally high … and has not been satisfied … there are thousands of protests in Canada every day. Protests about climate change. Indigenous land claims. Anti-Black racism.  And yes – protests in support of, and against, public health measures. The vast majority of these protests are peaceful. These orders potentially apply to them all."

Call me for legal advice

Protests have a valuable place in Canada and they have led to important changes in our laws. But if you are taking part in a demonstration, make sure you are on the right side of the law. If you have been arrested, contact me for more information and a free consultation.