Parole: A bridge between prison and the community

Parole: A bridge between prison and the community 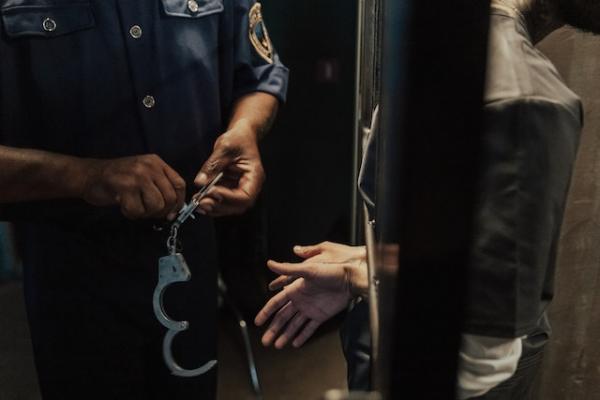 The mass stabbing of 11 people on Sept. 4 in Saskatchewan horrified the nation and left people looking for answers. Since both suspects are dead, questions will always linger. But some people have seized upon the fact that suspect Myles Sanderson was released on parole in February and they ask why that was granted.

First, we need to acknowledge that everyone given a fixed-term sentence in Canada – even those who have committed horrific crimes – has the right to apply for parole after they have served two-thirds of their time. This is known as statutory release, but it is not the get-out-of-jail-free card that some believe it to be.

That is because the release can only be granted if it is determined that the offender is no longer a threat to the community. Statutory release does not end an inmate's sentence. Instead, it gives them an opportunity to serve what is left of their sentence in the community. These releases often come with many conditions, such as regularly reporting to a parole officer or abstaining from drug and alcohol.

Parole is available for everyone

Parole is meant to be a carefully constructed bridge between incarceration and a return to the community. It gives offenders an incentive to complete rehabilitation programs in prison and learn from their mistakes.

Dangerous offenders who are given an indeterminate sentence automatically have their sentences reviewed after seven years, and every two years after that, to decide if they should receive parole.

The judgment of the SCC notes that “a sentence of imprisonment for life without a realistic possibility of parole [is] by its very nature, intrinsically incompatible with human dignity. It is degrading in nature in that it presupposes at the time of its imposition that the offender is beyond redemption and lacks the moral autonomy needed for rehabilitation … to ensure respect for human dignity, Parliament must leave a door open for rehabilitation.”

When Myles Sanderson was released earlier this year, the parole board deemed he was a manageable risk in the community. I assume he had completed programming while in custody and promised to continue this programming under supervision while on parole.

It must also be pointed out that he was of aboriginal descent and was released to serve the remainder of his sentence on a reserve. It is sad to say but Canadian reserves may not be the greatest place for rehabilitation. Since many lack clean drinking water, it can be assumed that other services such as counselling are not readily available. Sanderson may not have had as much support as the parole board was hoping for when parole was granted.

To get back to the SCC ruling that overturned the Stephen Harper-era decision to allow courts to impose multiple consecutive sentences rather than concurrent blocks of 25 years, I agree with the court. Why would we not want to try to rehabilitate offenders so they can be contributing members of society? In most cases, that would be much more cost-effective than keeping them locked up.

Paul Bernardo can apply for parole

Even convicts such as Paul Bernardo deserve the right to apply for parole. He was declared a dangerous offender in 1995 and sentenced to life in prison with no chance of parole for 25 years. He has since applied at least twice since becoming eligible. Each time he was turned down after failing to show he fully comprehends the horrors of his crimes.

Yet the vast majority of those granted parole go on to lead productive, law-abiding lifes. According to government information, 93 per cent of offenders granted day and full parole in the past 10 years have not committed a new offence. Only one per cent committed a violent offence in that period.

Sadly for the people of the communities of James Smith Cree Nation and Weldon, Sask., Sanderson fell into this one per cent category. He was an exception in a parole system that serves Canada well.