Does the Charter give me the right to protest?

Does the Charter give me the right to protest? 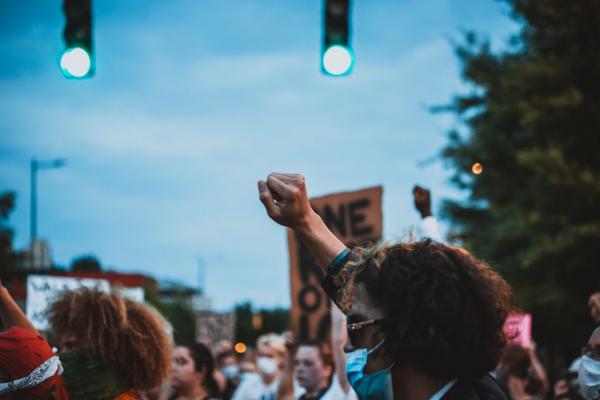 A democratic nation should not fear protests from citizens. In early 2022, Canada’s capital was the site of one of the longest, and loudest, protests in Canada. Ottawa criminal lawyer Céline Dostaler witnessed the truckers’ protest firsthand. In a multi-part series, she explores the laws dealing with protesting in Canada.

To justify their actions, protesters often point to s. 2 of the Canadian Charter of Rights and Freedoms. It guarantees that every Canadian has “freedom of thought, belief, opinion and expression, including freedom of the press and other media of communication,” along with “freedom of peaceful assembly.”

The adjective “peaceful” is a very important part of this clause. That is because s. 1 of the Charter states that any of our rights are subject to “reasonable limits” that are “demonstrably justified in a free and democratic society.”

That means that while every Canadian has the right to protest, they do not have the right to disturb the peace or impede the lawful activities of others. The Ottawa truckers’ protest did not meet that standard.

Some participants claimed it was peaceful as there was little physical violence. But there were media reports of people being intimidated, such as store owners who were threatened after they asked protestors to wear a mask before entering their premises.

The fact that the Rideau Centre – Ottawa’s largest shopping mall – had to close shows how the protest was impeding the lives of many others in the city. The people who work at the mall’s approximately 200 stores were deprived of income during the closure, while residents were denied products and services.

The right to protest is not absolute

In the Ottawa protest and others along our nation’s border with the United States, many protesters waved copies of the Charter and claimed they were advocating for freedom. They had a flawed understanding of the limits of constitutional freedoms and how the Westminster parliamentary system works.

The common test used to determine if limiting a Charter right is reasonable and justifiable under the law comes from a 1986 Supreme Court of Canada case, R v Oakes. The court ruled that the goal of limiting a right must be urgent and significant and that the way a right is limited must be proportional. The Oakes test also requires a rational connection between the objective a government is trying to achieve and the right it is limiting.

To phrase it another way, one person's freedom to swing their arms around ends at the tip of another person's nose.

In the Oakes ruling, Supreme Court Chief Justice Brian Dickson wrote about the limits that s.1 of the Charter places on s. 2. As he noted: “Canadian society is to be free and democratic … the underlying values and principles of a free and democratic society are the genesis of the rights and freedoms guaranteed by the Charter and the ultimate standard against which a limit on a right or freedom must be shown, despite its effect, to be reasonable and demonstrably justified.”

How about my Miranda or First Amendment rights?

If you want to participate in a protest that may be considered illegal, you have to understand your rights. First off, Canadians do not have Miranda rights. Nor are we protected by the First Amendment. Both of those are American legal constructs that have no relevance on this side of the border.

When one of the organizers of the Ottawa trucker protest was arrested, her husband testified in a Canadian court that her First Amendment rights were being violated. The judge answered, “Which rights are those?’ After all, what we have in Canada are Charter rights. And it’s important to understand the difference.

Canadians have a right to remain silent when questioned by the police. They also have a right to request to speak to a lawyer. Those are both Charter rights. But if someone says, “I’m taking the Fifth,” that is meaningless. The Fifth Amendment only offers protection in the American judicial system, not ours.

The confusion about our rights vs. American rights is understandable. We share a very close culture. We’re bombarded with news from the U.S. media, so some Canadians assume we have the same laws and rights. We don’t. If you are going to participate in a protest, know the difference.

According to a news report, one of the Ottawa protest’s organizer groups published a “memorandum of understanding” calling for the Senate and Governor-General Mary Simon to “overrule all levels of government and revoke COVID-19 restrictions.”

Simon responded by noting that her office does not have the power to unilaterally dissolve Parliament, nor meet with the protesters to discuss their demands.

My office is on Elgin Street, across from the Superior Court of Justice courthouse. During the protest, I was caught up in the melee that affected Ottawa’s downtown core. From my office and the courthouse, I could hear the incessant honking of truck horns during the protest. Since my office was at the outer edge of the protest, the non-stop honking was intrusive so I can easily imagine how aggravating it must have been for those closer to the centre of the protest.

While driving to the courthouse and my office, I had to navigate ever-changing police blockades, set up in response to the protest. One day a particular street would be blocked off, the next day another. It could be argued that the right to protest, in this case, interfered with the Charter right to a timely trial.

Protests have a valuable place in Canada and they have led to important changes in our laws. But if you are taking part in a demonstration, make sure you are on the right side of the law. If you have been arrested, contact me for more information and a free consultation.