Shoplifting in Canada - first offenders, maximum penalties, and your defence

Shoplifting in Canada - first offenders, maximum penalties, and your defence 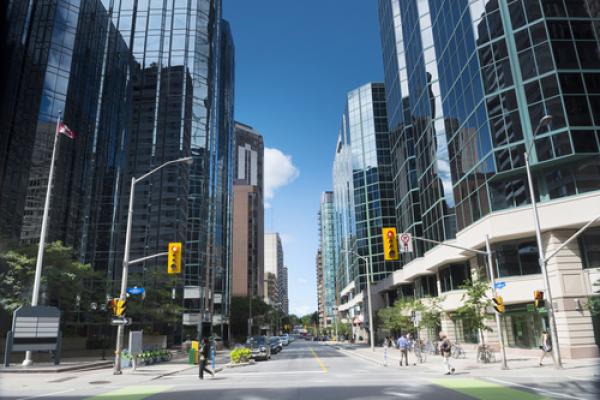 Did you know that typically over 50,000 people are charged with Shoplifting and Theft Under $5,000 throughout Canada, each year. This criminal offence is defined in the Criminal Code of Canada in Section 334(b) and includes shoplifting, since most shoplifters rarely attempt to steal property valued at more than $5,000. If you are convicted of theft under $5,000, the maximum penalties you would receive is a summary offence of a fine of up to $2,000 and/or imprisoned for up to six months. However, if you are a first offender your charges are likely be much less severe.

People who shoplift typically focus on one of several different types of property they steal from retail stores. The most common items stolen include:

Shoplifters tend to avoid electronics as most items, these days, are either locked up and require getting a store associate to give you access, are tagged with anti-theft devices, or are too large to easily sneak out of a store.

Some people might answer this question by saying shoplifters are only the lower to middle income class. Others would say they are young offenders and delinquents, who like putting themselves into high risk situations simply for the thrill. However, you would be surprised to learn there is not any particular profile that can be used to describe the typical shoplifter. Shoplifters come from all societal backgrounds, income levels, educational levels, and ages, from teenager to senior citizens.

In fact over half of the people caught and charged with shoplifting have no prior criminal record. Even more alarming is these first time offenders are well-educated, with decent paying careers or come from families where paying for the items would not be an issue. In other words, over half of people charged each year are respected by their peers and community, that is, before they are caught shoplifting.

How Are Shoplifters Caught?

Most shoplifters are caught by a retail store’s security agents, either in plain clothes or uniformed. Normally, they wait for the person to leave the store and then apprehend them and take them to a security office. Some security agents will try a friendly approach and request the person provide their name, address, phone number and date of birth. In addition, they might say if they cooperate with them they will not call the police. Others will take a different tactic and use intimidation or threatening language to illicit this information and/or a confession from the alleged suspect.

What Rights Do Alleged Shoplifters Have?

The reason the security guard is trying to obtain the suspect’s personal information is so they can forward this to the store’s lawyers. The store’s lawyers will then send the suspect a letter demanding for civil recovery and paying a hefty fee directly to the store. This demand is in no way a criminal charge for shoplifting. Additionally, the suspect has the legal right to remain silent. They do not have to answer any of the security guard’s questions or provide their personal information.

The best course of action, if you are suspected of shoplifting, is to remain silent. Eventually, the security guard or store will call the police. Upon arriving, the police will take a formal statement from the guard, as well as collect any evidence, such as CCTV footage. The police may question you, but again, you have the right to remain silent. However, you do have to provide the police with your contact information. They will then issue a Notice to Appear form and collect any items you were accused of stealing.

At this point, it is highly recommended you contact an experienced criminal defence lawyer in Ottawa. You are not formally charged with shoplifting until the charges are sworn in court in front of a judge and presented by the Crown’s lawyer.

There are several potential defences to shoplifting charges. You should never treat shoplifting as a minor crime as it carries with it severe penalties. Common punishments for being found guilty of shoplifting include court fines and fees, potential jail time, damage to your reputation and career, and restrictions on travel. If you have been issued a Notice to Appear for shoplifting, contact Celine Dostaler today at 613-695-8595 to schedule a free case evaluation and consultation appointment.