How do I enter a guilty plea if I am self-represented? (part 3)

How do I enter a guilty plea if I am self-represented? (part 3) 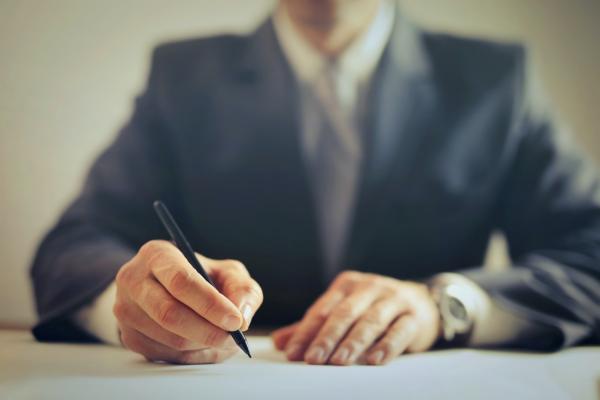 Those facing a criminal charge can represent themselves at trial. In a three-part series, I offer advice to people about how to do that, while pointing out areas where the guidance of a lawyer might make a real difference in the judicial outcome.

Sometimes a person will come to my office and say, “I’ve been charged with a crime and I just want to plead guilty and get this over with."

Maybe they were arrested for driving while impaired. They feel remorseful for their action and the Crown attorney has told them that because this is their first offence and their alcohol level was not that high, if they plead guilty they will be given a $1,000 fine and a one-year driving suspension. They are willing to accept the punishment to avoid the stress and expense of going to trial. Should they just plead guilty?

The Ontario Court of Justice says not so fast. It recommends that anyone charged with a crime is “strongly urged to get advice from a lawyer or paralegal about your legal options and the possible penalties you could face.”

Keep in mind that it is up to the Crown to prove beyond a reasonable doubt that you are guilty. This means that the court has to be certain that you not only committed a crime but that you also knew you were breaking the law. If you opt for self-representation at trial, will you be able to make an informed decision on those matters?

It starts with the disclosure

If you opt for self-representation, arrange with the Crown attorney to get a copy of your disclosure, which is all the information that the police and the Crown have collected on your case. Read it thoroughly before you decide whether you want to plead guilty.

Your disclosure will likely have the Crown’s screening form, informing you of whether the prosecutor will seek a jail sentence if you plead guilty or if you are convicted after a trial. It could tell you that the Crown is recommending a peace bond or diversion.

That means there might not even be a sentence or the need for a guilty plea.
If you are in custody and want to plead guilty, you can get help from a lawyer known as duty counsel. You can also apply for legal aid if eligible, with the province paying to have a lawyer represent you.

If you want to plead guilty don’t try to do it at your first appearance, as that legal proceeding is really just focused on case management to ensure everything is proceeding properly. Evidence or pleadings are never heard here.

You have to wait until you are called before a judge. During the pandemic, all guilty pleas are handled through video conference, unless there is a potential that you will be sent to jail. The court will read out the charge and ask if you are pleading guilty or not guilty. The Crown attorney will read the essential elements of the offence, outlining what they believe they will be able to prove at trial.

If you plead not guilty (or if you refuse to plead), a date for your next appearance will be set. If you plead guilty, the judge may accept your guilty plea, if they are satisfied that you:

Work with the Crown on a joint submission

Both the Crown and the defendant will tell the court what they're expecting as a sentence. Sometimes they will ask for the same sentence in what is called a joint submission. The goal of any lawyer is to reach a joint submission with the prosecution, especially if the desired sentence is a conditional or absolute discharge.

When that happens, the court must impose that sentence, unless the judge decides it is manifestly unfit. For example, let’s say you are charged with breach of trust after stealing $100,000 from your employer but have a great lawyer who is able to reach a discharge agreement with the Crown. The judge may reject the joint submission after deciding the sentence is unfair to your employer and the public interest.

Another advantage of having a lawyer is that we are familiar with the judges on the bench. When we recommend a sentence to a judge, we have the advantage of knowing if that sort of punishment would be acceptable to that person, based on their past sentencing practices. And we understand what types of sentences a particular judge would find manifestly unfair.

Let’s say that we know a judge was in a car accident involving a drunk driver when they were younger. Armed with that information, we know that they might not be so lenient with an impaired driver who comes before them. A self-represented individual doesn't have that insight into the courtroom.

Joint submissions are not always possible

Sometimes the accused will ask for one sentence and the Crown will seek another. I represented a client whose baby had been crying at home. The man was sleep-deprived and he pushed the baby in a rocker chair in the hope that would make the child stop crying. However, he ended up harming the infant.

Police investigated and he was ordered to stay away from the home. He felt terrible about the injury that he caused and he agreed to counselling and anything else that would allow him to return home and reunite his family.

Since injuries to children are taken quite seriously by our judicial system, the Crown asked for jail time. The prosecutor lowered the requested time in custody after seeing that my client was contrite and enrolled in counselling, but still wanted a short jail sentence.

I asked for a conditional sentence. That means that my client would serve his penalty at home, with strict conditions imposed on why and when he could leave his house. To show the court why that sentence was appropriate, I built what is called a casebook, highlighting judicial cases with similar circumstances that resulted in similar lenient penalties.

I was able to win a conditional discharge for my client. If someone is self-represented, they probably won’t have the legal knowledge or resources to conduct this research. There may be free legal database services the self-represented can use, but lawyers have access to others the public does not. We also know what to look for.

Sometimes casebooks are unimportant, especially if the Crown is asking for the mandatory minimum sentence. But if the prosecution is advocating for time behind bars, a self-represented person will need a casebook to show if it is not an appropriate sentence. Common law is built on legal precedent, so it is part of a lawyer’s job to build these casebooks.

How I can help

The court system is adversarial in nature, with procedures and rules of evidence designed by lawyers and judges. For self-represented clients, this can be daunting. Sure, lawyers cost money, but trying to save that expense may result in a judgment against you, which could also bring a financial penalty or time in custody.

I offer free 30-minute consultations at your convenience. Fees will be discussed, including block fees for each phase of the criminal process, with no extra charges for calls, meetings or going to court on your behalf. Contact me for more information.