Conditional sentences are punitive and fair

Conditional sentences are punitive and fair 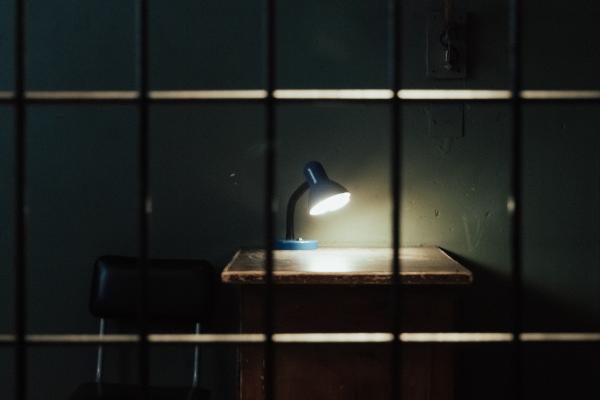 In early November I was disappointed to learn the Supreme Court of Canada (SCC) restored provisions in the Criminal Code in R. v Sharma, stating that conditional sentences cannot be given for crimes that carry maximum sentences of at least 14 years in prison, or 10 years in drug-related cases. Thankfully, later that month Bill C5 received Royal Assent. It gives judges the freedom to consider conditional sentences, also known as house arrest, for a wide range of crimes including sexual assault and fraud. This is a positive development not only for those accused of a crime but for victims as well.

In 2018 a young Indigenous woman pleaded guilty to importing two kilograms of cocaine in exchange for $20,000 from her boyfriend, a crime she said she carried out to avoid seeing her and her daughter evicted. Her lawyer asked the court for a conditional sentence, noting that her troubled childhood included being raped at 13 and dealing with drug and alcohol addictions. The court rejected that suggestion since she had pleaded guilty to a crime carrying a minimum maximum penalty (MMP). She was sentenced to 18 months in custody, even though the judgement notes “conditional sentences have helped to reduce the over-reliance on incarceration in Canada, and have gone a long way to ameliorating several previous problems.”

Two years later, the Ontario Court of Appeal found the Criminal Code provision denying her the option of a conditional sentence violated the Charter of Rights and Freedoms because it discriminated against Indigenous offenders. She was sentenced to time already served and released.

The Crown appealed that decision to the SCC. By a slim five/four majority, our nation’s highest court rejected the appeal court’s decision on Sharma and reimposed MMPs for serious crimes. In its decision, the court noted, “Reasonable people may disagree about which offences are ‘serious’ enough to warrant jail sentences. These are judgement calls, and there is no obvious reason to prefer one or the other. Ultimately, as this court has maintained, the call rests not with the preferences of judges, but with those collectively expressed by Parliament as representatives of the electorate.”

I am pleased Parliament has approved Bill C5, which has the effect of restoring Sharma. Under the bill, MMPs would be repealed for 14 offences in the Criminal Code along with all six MMPs given for offences covered by the Controlled Drugs and Substances Act. Mandatory minimum penalties would be retained for a number of offences, including murder, high treason and some firearm offences.

Despite what some may believe, conditional sentences are punitive. Those serving them do not just sit at home and do nothing. They must abide by strict conditions and their freedom is severely curtailed.

The lingering pandemic highlights another advantage they offer. House arrest allows offenders to avoid overcrowded institutions where they cannot control who they come in contact with. Under both Sharma and Bill C5, judges are now able to tailor a sentence that reflects the facts in the case and the offender’s personal history.

As the four dissenting judges noted in the SCC decision, "Maximum sentences are a flawed proxy for the gravity of offences which can be committed in circumstances ranging in severity, from the relatively more serious to the relatively less serious.”

Consider the crime of sexual assault. According to the Criminal Code, it encompasses a wide range of activities including forced penetrative sex. But the charge can also be laid if someone touches another person’s breast or buttock without consent.

Just because conditional jail sentences are available for most charges doesn't mean that offenders will receive them. Bill C5 simply allows the court to consider more facts and gives them more liberty to consider non-custodial sentences when appropriate.

Sharma worked for my clients

Sharma made judicial sense and I was able to secure conditional sentences for those I represent. In one case, my client had stolen a significant amount of money from a charitable organization. Under the MMP regime, she would have been sent to jail. I argued that if she were put in custody, she would not have a chance to repay what she had stolen. A conditional sentence, on the other hand, would give her the opportunity to pay restitution. The court agreed to let her serve the sentence at home.

In another case, my client received a two-year conditional sentence along with three years of probation, during which time he had to make monthly restitution payments to the victim. If he failed to make those payments he would have to appear before the judge and could have been placed in custody.

The sentence anyone receives for a Criminal Code offence is based on the circumstances of the crime but it also depends on how well their lawyer presents their defence. If you are facing charges, contact me for more information and a free consultation.