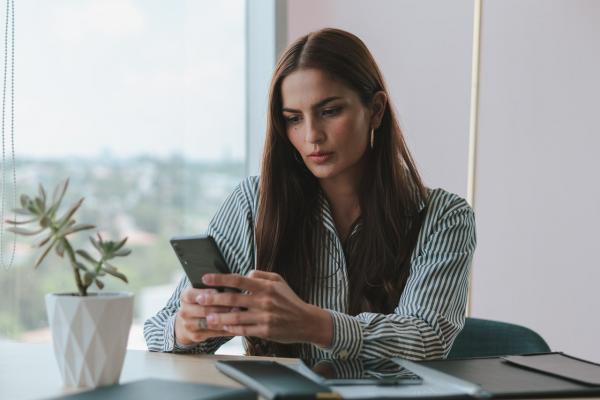 Those facing a criminal charge can represent themselves at trial. In a three-part series, I offer advice to people about how to do that, while pointing out areas where the guidance of a lawyer might make a real difference in the judicial outcome.

What you can expect at trial

Once you make it past your first appearance as a self-represented defendant the next step is to prepare for the actual trial. The key element of that is presenting a defence.

One of the first steps is to examine the Crown’s disclosure, or the evidence they have compiled to establish your guilt. That could consist of paper files, transcripts of interviews, physical evidence such as fingerprints or audio or video files. You have to decide what evidence will hurt you the most, and what can be turned to your advantage.

The Crown has to provide you with all evidence that is relevant to the investigation, and you have to decide how you can build a defence to rebut the prosecutor’s case. This is one of the times that having an experienced lawyer at your side is beneficial.

Let’s use the analogy of someone who wants a garage built, but they don’t want to hire a carpenter. After expending considerable time and effort they can probably erect some sort of building, but will it be able to withstand a winter storm or a heavy rain? And will it meet the various provincial and municipal property and safety codes? Likely not.

It is the same thing with building a criminal defence. If you enter the courtroom and present what you think is a sound defence against criminal charges, it may not include the evidence the court needs to hear to prove your innocence. More importantly, will your defence be structurally sound enough to withstand the withering attack the Crown is sure to launch against it?

What is the Browne and Dunn rule?

There are many legal procedures concerning evidence that laymen will not be familiar with, such as the Browne and Dunn rule.

Based on a 1893 British House of Lords decision, the rule is that when a witness is giving evidence and you intend to call evidence that contradicts them, you must put the substance of that contradictory evidence to the witness and give them the opportunity to comment on it.

In essence, the Browne and Dunn rule is based on the principle that it is unfair to deny a witness the opportunity of explaining a point that will later be used to invite criticism or disbelief in their evidence. This anti-ambush rule prevents you from putting forward a case without first affording opposing witnesses the opportunity of responding to it.

Lawyers are versed in Browne and Dunn and other intricacies of our justice system. They know how to help you navigate the system. As the adage notes, “A man who is his own lawyer has a fool for a client.”

Lawyers can give you an edge in court

People can defend themselves in court. However, lawyers will undoubtedly be able to do it better.

We know how to ask the questions that build your credibility. We are prepared not only for contradictory testimony from the Crown’s clients but for inconsistencies from our own clients. That's why I urge my clients to write down everything that happened before I build their defence.

When I prepare for trial, I can anticipate the difficult questions. Queries that need to be asked of an opposing witness before they are raised in your defence.

When self-represented people go to trial, the judge is not there to serve as their lawyer. Judges generally try to help the self-represented as much as possible by dispensing advice about court rules and procedures but they cannot give legal advice.

As a legal practitioner, I know the court process is difficult to understand. Self-represented people who know they are not guilty can still be caught off guard as the trial unfolds. In comparison, lawyers know what to expect. They take certain steps with no explanation to clients as the case progresses smoothly and quickly.

In any criminal trial, the Crown has the obligation to prove beyond a reasonable doubt that an accused committed the offence. They do that using the material in the disclosure, but it's important to understand that disclosure is not evidence until it's heard by the court. If a witness said they did not see you commit that offence, that testimony is of no value unless you call that witness and have them repeat it in front of the court. The judge does not get a copy of the disclosure. They only are aware of what's being heard at the trial itself.

A conviction that could have been avoided

In one case I was ordered by the court to cross-examine an alleged female victim in a domestic matter, if she was called to testify by either party. When counsel is appointed by the court in this circumstance, we don't represent the accused, we are only there to question a witness. We try to work with them, and explain to them what the court process looks like and rules of evidence, but we are not their lawyer.

In this case, a man had been charged with assaulting a female after a neighbour called police and said that she had heard a loud argument and a woman screaming for help in a neighbouring apartment. When police arrived, the woman in the apartment told officers nothing had happened, a statement backed up by the fact that there was no blood or marks on her face or body. Still, police charged him, which is standard procedure with alleged domestic assaults.

He chose to be self-represented, saying that since he didn’t do anything wrong, he should not have to pay for a lawyer. During the trial, the Crown called the neighbour who said she heard fighting. However, the Crown did not call the alleged victim. I suggested to the man that he might want to call the woman to testify, as I couldn't cross-examine her unless she testified first. But she was not called, and I was excused from the trial. I later found out the man was convicted on the charge.

As this case shows, it can be difficult representing yourself. You are dealing with legal procedures and rules that are unfamiliar to you. It's easy to talk to friends and say, ‘Here's what happened,’ because you can keep adding information. When you are in court, you get to testify and that's it. Because this man didn’t have a lawyer to help him present his case effectively, there was a greater potential for him to be convicted. And that is exactly what happened.

This was the last time I agreed to act in this role in court, as it left such a sour taste in my mouth. This man now has a criminal record when there could have been no conviction. That case was upsetting for me and the reason why I decided to step back from those types of appointments.

The final part of this self-representation series looks at how to make a guilty plea.