How to choose the right lawyer (Part 2)

How to choose the right lawyer (Part 2) 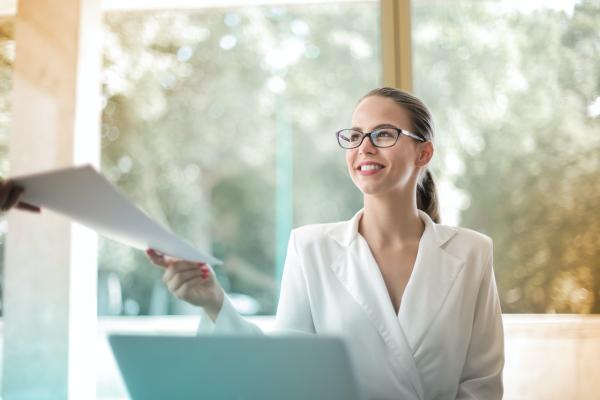 What makes the right lawyer?

Most people have little direct contact with the criminal justice system. If you are being investigated or charged with a crime, you should seek experienced legal counsel to guide you through our judicial system. This is the second in a five-part series where I offer advice to people about lawyers and the clients they serve. Read Part 1 here.

Simply stated, the right lawyer is a person who is willing to fight hard for you at every stage of the case. They have to be someone willing to listen to you and understand your perspective about the events that led to the charges. Most importantly, it must be someone you are able to work with and trust. They have to be able to accept your input and build an effective defence for you. You will have questions along the way, and they should be prepared to address those, along with any concerns you have about the legal process.

Your lawyer should also be able to advocate for you when others are not giving your position any weight. I have experienced that first hand.

One of my clients was charged with sexual assault and other domestic charges. Anyone who looked at the file quickly came to the conclusion that he was guilty. In addition, he repeatedly breached his custody order before trial, which did not put him in the best light.

At pretrial, the Crown told me that if the man pled guilty at that stage, he would receive a four-year jail term. If he rejected that offer and was found guilty at the end of the trial, he would be looking at a 10-year sentence. I discussed this situation with my client. He insisted he was innocent and would risk going to court.

At trial, the complainant came across as absolutely believable. She was likeable and very good at crying. But then I revealed to the court that she had a criminal record in the United States, where she was convicted after being dishonest on the witness stand.

When I started cross-examining her about that U.S. conviction, her true colours came out. I pushed her and she pushed back, and she was no longer the wilting violet she had been trying to make herself out to be.

Instead, I was able to show the court that her testimony was unreliable. Her credibility was shot.

My client was acquitted of the major charges he faced. He thanked me sincerely for convincing the court of his innocence.

Winning this case took extra work on my part, as I had to hire a private investigator to unearth the information about her U.S. conviction. My client had told me that he thought she had a criminal record in that country, but he was unsure. Finding that out certainly helped with his case in Canada.

When I take on a client, I ask them to write everything down that is relevant to how and why they are facing a criminal charge. I also receive discovery from the prosecutor’s office, outlining the evidence they have to support the charge against my client. As I read the discovery, I am looking for weaknesses and gaps, and anticipating what arguments they will mount.

Drawing on my decade-plus experience as a criminal lawyer working exclusively in the Ottawa area, I will then be able to suggest the best defences for my client to either beat the charge or minimize the penalty if they are convicted.

Lawyers need to have people skills

The foundation of Canada law is the Criminal Code combined with common law, or the rulings judges have made over the years on various issues. A good lawyer has to be versed in both. But they also must be able to effectively work with others – clients, opposing counsel, judges, court staff and police – to fulfill their duties. An attorney must be personable and persuasive with the ability to gauge the honesty of witnesses.

My track record speaks for itself in this area. I have earned the respect of judges and Crown attorneys in the Ottawa area, as well as recommendations from former clients and other counsel. It also helps that I am fully bilingual, so communication with clients, witnesses or the court can be done in either official language.

Your lawyer should be accessible

Some other law firms have junior lawyers who do the preliminary work with clients and field their calls if they are asking about the progress of their case. I work by myself. I file all the documentation with the court, I attend your pretrial on your behalf and I am there in court for you when the trial date arrives.

If you have a question about the case as it progresses, I will be available. You will not have to deal with an assistant who takes notes and passes them along. You will talk to me, and I will be able to tell you exactly where your case stands.

I know clients appreciate this personal connection. That is shown in the referrals I receive from former clients. Here is one example:

“I had never been charged before, never needed to find a lawyer. But when my ex charged me with a domestic assault, I knew I needed the best criminal lawyer I could find. Céline did not disappoint. She was there for me through every step of the way, she made sure I understood what was happening, and got the charges dropped. You won’t regret having her fighting for you.”

Call me for a free consultation

Those charged with criminal offences in the Ottawa area are welcome to contact me to set up a free 30-minute consultation at your convenience, in French or English. I will work tirelessly on your behalf to ensure you receive the best outcome possible.